The Deepwater Sculpin dwells deep in Canada's freshwater… maybe that’s why we don’t have a deep understanding of what’s putting this enigmatic fish at risk. Save endangered species today by joining one of our campaigns!

The Deepwater Sculpin is a long-bodied fish with a flat head and no scales. It also has a big mouth with fine teeth. Their colouration is brown-grey with dark speckles on the back. The underbelly is a creamy color and the pectoral fin is slightly yellow.

The biggest threat to the Deepwater Sculpin is the change to lake minerals and nutrients due to land runoff (this process is called eutrophication). This runoff comes from both agricultural and urban practices. When the Deepwater Sculpin was thought to be extirpated in Lake Ontario, the suspected cause was an insecticide known as DDT.

It is also threatened by shrinking habitat. Lake temperatures are increasing, creating a lack of the coldwater habitats the Deepwater Sculpin needs. They are also threatened by the introduction of Alewife to their habitat, as the two fish have similar diets and compete for food. 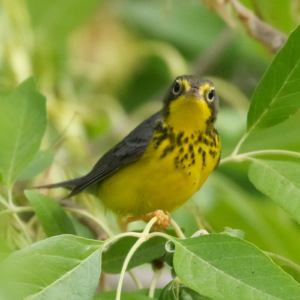