This eel has a complex life cycle, and is thought to have the broadest habitat range out of any fish in the world. Save endangered species today by joining one of our campaigns!

The American Eel is long and skinny, with a fin extending from its back and stomach to its tail. This eel is characterized by having “thick lips” and a lower jaw that’s slightly longer than the upper one. It also has multiple rows of teeth. Adult eels tend to be grey with a white or cream-coloured belly.

American Eels are very sensitive to change in environmental conditions, so things like habitat alteration and climate change are big threats. They are also affected by the construction of dams, turbines, and by fishing harvest.

Encountering obstacles in the water is also a risk, as this interferes with young eels’ ability to travel upstream, and this causes habitat fragmentation. When eels return to their spawning grounds as adults, the obstacles cause more problems such as delaying movements and an increase in deaths and injuries.

The threats faced by American Eels impact other animals and humans, as this eel is noted to play “an important role in Canada’s aquatic biodiversity.”

There is also a report, called Returning Kichisippi, the American Eel, to the Ottawa River Basin, by the Algonquins of Ontario that was published in 2012. It calls for more protection for the American Eel and includes valuable information that should be considered in recovery efforts. 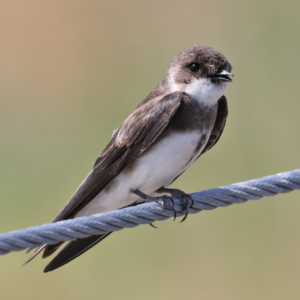