Learn about the different types of protected areas in Canada.
Share

Parks, wildlife areas, bird sanctuaries, marine protected areas… We have lots of ways to safeguard our natural spaces in Canada. Big or small, they can all contribute to achieving the federal government’s goal of protecting 30 percent of our lands and waters by 2030 (the “30×30” campaign).

What are National parks?

National parks are often what come to mind when people think of protected areas.

National parks are established “to protect and present outstanding representative examples of natural landscapes and natural phenomena that occur in Canada’s 39 natural regions,” in the words of Parks Canada. This federal government agency is responsible for protecting the ecological integrity of these areas while managing them for visitors to enjoy.

Canada also has provincial parks, managed by provinces or territories, whose goals are similar to those of national parks.

Like salmon, national marine conservation areas (NMCAs) are both a freshwater and saltwater species.

NMCAs protect the seabed (or lakebed) of a particular area and the water above it. But they can also take in wetlands, islands and other coastal lands… and all the animals and plants found there.

Parks Canada is the federal authority responsible for these areas, but NMCAs have a different character from national parks. Since human use will often continue within their boundaries, NMCAs do not try to preserve ecosystems unaltered. NMCAs are managed overall for sustainable use and include smaller zones of high protection.

NMCAs are protected from dumping, undersea mining, and oil and gas exploration and development. Fishing activities can be permitted but must be managed with the conservation of ecosystems as the main goal.

What are Marine protected areas (MPAs)?

Marine protected areas (MPAs) fall under Canada’s Oceans Act and are the responsibility of Fisheries and Oceans Canada.

An MPA is part of the ocean that is legally protected and managed to achieve the long-term conservation of nature.  When an area is under consideration for MPA designation, it is called an Area of Interest.

MPAs contribute to a healthy marine environment but also help support sustainable industries, local economies and coastal communities. MPAs can be developed to conserve and protect features such as archaeological sites, shipwrecks, and areas traditionally used by Indigenous and non-Indigenous communities.


What are National wildlife areas (NWAs)?

National wildlife areas (NWAs) are created and managed for the purposes of wildlife conservation, research, and interpretation. Environment and Climate Change Canada (ECCC) is the federal government department responsible for NWAs.

What are Migratory bird sanctuaries (MBS)?

What are Indigenous Protected and Conserved Areas (IPCAs)?

Indigenous Protected and Conserved Areas (IPCAs) focus on protecting and conserving ecosystems through Indigenous laws, governance and knowledge systems. Indigenous communities in these areas take on the responsibility of protecting ecosystems for future generations.  Culture is an essential part of the conservation goal—in the words of Vince Ahenakew, Michif Language Teacher and Sakitawak IPCA Board Member,“language connects to the land like butter to bannock.”

Take Action: Support a Métis-led initiative to create an Indigenous Protected and Conserved Area (IPCA) in the community of Île-à-la-Crosse, in Northwestern Saskatchewan →

To all these official protected areas, we should add an unofficial one: your community!
Conservation doesn’t just happen in parks and preserves. Wherever people are protecting and restoring nature, they are helping halt and reverse biodiversity loss. Find out about Nature Canada’s campaigns to defend nature everywhere.
Get Involved Connect with Nature Canada! 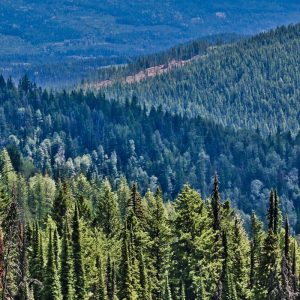 The Boreal Forest is a national ecological treasure with vast lakes, green trees and flourishing wetlands that provide... 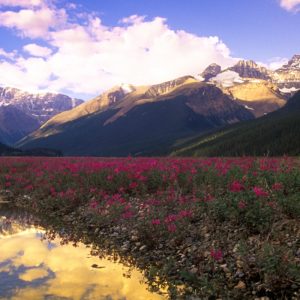 Learn the 6 steps it takes to have an area protected and established as a National Park.

The Impact of Food Waste on the Environment

Join the conversation on food waste and how you can help to reduce your impact.