Why are there sand dunes in the middle of Saskatchewan? 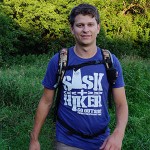 This blog was written by guest blogger Jay Brown.

A fact not known to most, even a lot of Saskatchewanians I speak to, is that Saskatchewan can be a very sandy place. I am not talking about the beaches of the 100,000 lakes within its borders. I am instead referring to the unexpected active sand dunes one can find in a handful of places throughout the province.

Our most famous sand dunes are the Athabasca Sand Dunes located in the far reaches of the northwest corner of the province on the shores of the mighty Lake Athabasca. A fun fact about these dunes is they are the world’s most northerly active sand dunes. They can only be accessed by plane or boat making it quite the adventure to set foot on them.

If you are like me and can’t scrum up the money to book a flight to Saskatchewan’s beautiful and remote north, you can instead find two other places that are much easier to access. These locations are some of my favourite in the province and I highly recommend visiting them. 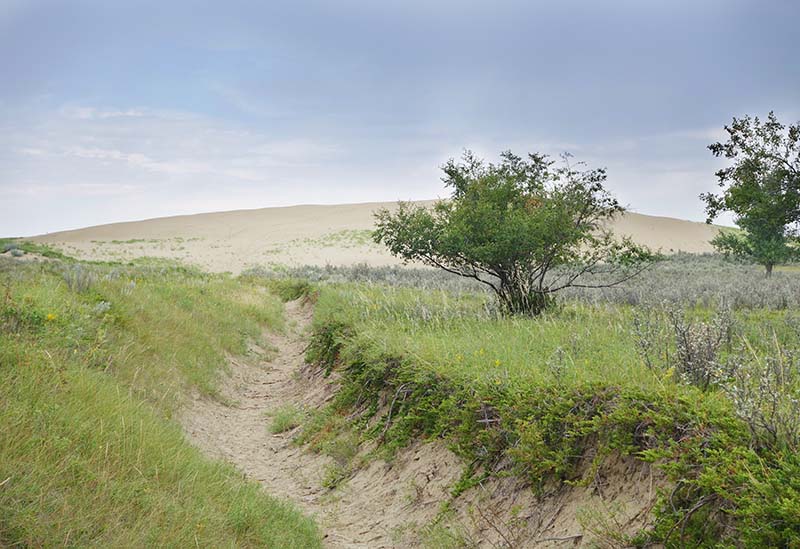 There are two locations located in west central Saskatchewan where you can find sand dunes. The first is the Great Sandhills a protected 1900km2 area where massive dunes rise above the surrounding scenery. The second location is within the Douglas Provincial Park near the shores of the man made Lake Diefenbaker.

Visitors who experience these dunes will be shocked at just how fine the sand is. It has the same consistently of flour. One can take their shoes off and run up and down the dunes without having to worry about stepping on any errant sharp rocks that you often find underfoot on freshwater beaches. 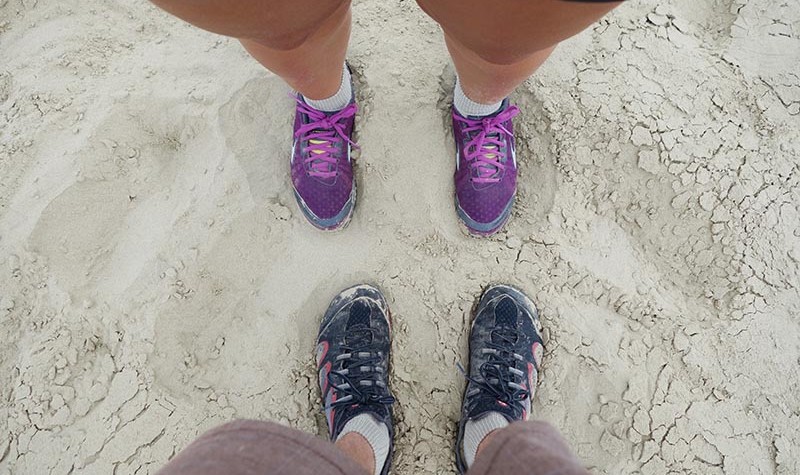 The finest sand you’ll ever find! Photo by Jay Brown

I have visited both of these locations and they remain a favourite location of mine because of their distinct landscape and quiet beauty. However, as a curious person I decided to learn more about where all this sand came from. When you visit them you feel like you are standing in a child’s giant sandbox. They seem to appear out of nowhere and on first glances there is no explanation for why they should exist as they are surrounded by lush grasslands.

Saskatchewan’s recent natural history, like the rest of Canada, can be summed up in one word; glaciers. Our famous prairie flatness was forged during the last period of glaciers, known technically as the Wisconsin Glacial Episode.

As the Laurentide Ice Sheet began to recede 12,000 years ago it left behind massive lakes that would cover large sections of what is now Saskatchewan. At its peaks, the Laurentide Ice Sheet was over 2km thick and covered the entirety of Canada. If the city of Regina were to exist during this time you would need a snorkel to visit as it would have been under the depths of Glacial Lake Regina. 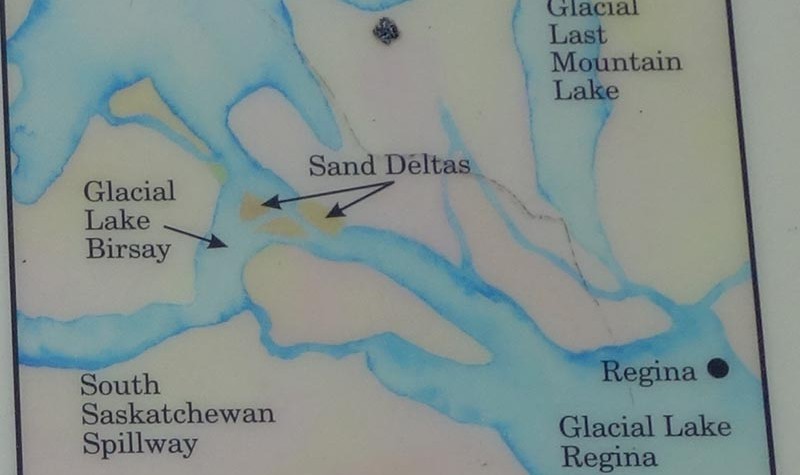 Map of the former lakes and rivers. Photo by Jay Brown

When the Laurtentide Ice Sheet melted away it deposited massive amounts of sand which would form to become the Elbow Sand Hills. These sand hills cover 13,500 hectares at the head of the Qu’Appelle River. Over time the South Saskatchewan Spillway, which would later become the South Saskatchewan River Valley, began to drain and lost its connection with Lake Bursary, a now extinct lake. As the sand deltas built up and the river changed its course and the waters dried up we are now left with these sand dunes!

You can see evidence of all this activity throughout the South Saskatchewan and Qu’Appelle Valley’s. You only need to dig past the low lying vegetation or walk along the exposed riverbanks and you will discover the sand that makes up these ancient deposits. 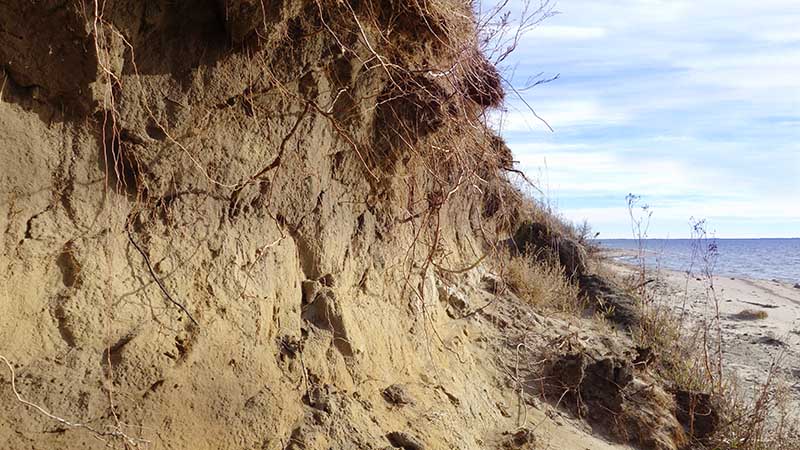 The sandy remains of a once massive lake. Photo by Jay Brown

The flora that grows on the banks of the valley`s and the surrounding sandy hills are often stunted and short as they look for nutrients in the soil. The sand dunes have become very special ecosystems where they are home to numerous species of birds, plants and other animals that make a cozy home in the sand.

There has also been signs of human activity in these areas for thousands of years. First Nations tribes would frequent these areas. Archeologists have discovered numerous signs of the cultures that used to revere these beautiful landscapes.

I hope now that you are armed with this little bit of knowledge it will make your journey to visit these ancient sands a bit more awe inspiring. If you ever find yourself visiting the southern Saskatchewan sand dunes imagine how much different the landscape would have looked 15,000, 12,000 and 10,000 years ago. Think about how you are now standing at the bottom of a once massive lake! The sand dunes of Saskatchewan are a great reminder that nothing lasts forever and nothing stays the same when it comes to the forces of nature.

The ripples are caused by the wind pushing across the dunes. Photo by Jay Brown

If you want to learn how to visit either the Douglas Provincial Park Sand Dunes or the Great Sandhills you can learn more on my website www.saskhiker.com.

Have you ever been to the Saskatchewan sand dunes? Tell us about your experience!

Turning up the Heat on Prairie Grasslands

As summer arrives, advocates for native prairie grasslands are turning up the heat on the federal government to...

Nature Canada teamed up with Saskatchewan-based nature groups in Ottawa last week to lobby for a pause in...

By Scott Davidson Over the past two summers, I have hiked and biked nearly 200 kilometres of trails...