Over the past two summers, I have hiked and biked nearly 200 kilometres of trails in Saskatchewan’s national, provincial and regional parks. Through this time and apart from those in my adventuring groups, I can count the other humans I’ve encountered on my ten fingers. This begs the questions; are Saskatchewan’s trails underappreciated? Do people simply not know about them or are they simply ignoring them?

For many Canadians, Saskatchewan is the equivalent of “the flyover states” in America. While often written off as a place where you can see your dog run away from a week, my time on Saskatchewan’s trails has shown me that my province contains so much more than the endless sea of flatland most picture when they think of it.

With two national parks – including Canada’s only national prairie park –, 35 provincial parks and a wealth of smaller, regional parks, there are a wealth of trails to be tackled in Saskatchewan. But again, it seems like there is just nobody using them – apart from myself and the occasional group of friends I take with me.

Take for example the Boreal Trail in Meadow Lake Provincial Park. At 120 kilometres long, the Boreal Trail is not only Saskatchewan’s longest trail, but also one of its few “real” destinations for backpacking. On the August long weekend of this year, which is typically a time when Saskatchewan residents take advantage of the provincial holiday to escape the city, we spent two nights on the trail and hiked 33 KM. Yet, the only people we saw – apart from each other – were two hikers less than an hour from the trailhead.

So why people not exploring Saskatchewan via its wonderful trails? Saskatchewan’s residents know that the province contains much more than the open prairies its reputation is stereotyped upon. The Cypress Hills, located in the province’s southwestern corner contain the highest point in Canada between the Rocky Mountains and Quebec and a far cry from the grasslands that they tower over. Prince Albert National Park represents an accessible leap into Saskatchewan’s vast boreal forest, which covers approximately half of the province.

Though it’s a shame that more people aren’t aware of Saskatchewan’s wonderful trails, there is a benefit to this dissonance as well; complete and utter solitude. Many hikers, myself included, venture into nature to get away from cell phones, work and the ever present connectivity of the modern day. So until more people discover the natural wonders that lay on Saskatchewan’s trails – and maybe they will because of this blog post – they will remain a place of solitude for the few who take the time to explore them in full. 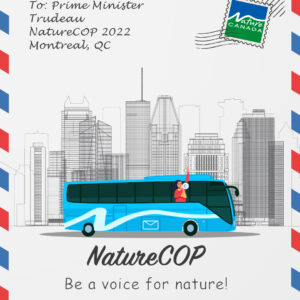