All About Blue Jays: Are They Actually Blue?

Blue jays are one of the most recognized birds in Canada and even have a baseball team named after them! These birds can be found across a variety of habitats—from wooded forests in Southern Canada to Texas and Florida. Jays are frequent feeder visitors, flying and singing in backyards during the warm months and snacking on nuts from their cache in the winter.

Although blue jays are widely recognized by their bright blue colour, they are (surprisingly) not actually blue. Their bright blue plumage is the result of a unique inner wing structure that distorts the way light is reflected; making them appear blue. It is said that each individual blue jay possesses a unique black bridle across the face, nape and throat used to help them recognize one another.

Fun fact: blue jays are well-known to mimic the call of hawks, especially the red-shouldered hawk.

Blue jays can be loud and aggressive—to the right group of birds, that is. At the feeder, they might be dominated by the Common Grackle and the Red-headed Woodpecker but they’re considered to be bullies to smaller friends like Chickadees and Nuthatches. Although their cries are often signals of warnings to other birds about potential predators, people have witnessed blue jays using these sounds to scare off other songbirds at feeding stations so they could use it for themselves!

Blue jays often indulge in fruits, nuts, grains, and insects. They’re known to steal and eat the eggs and nestlings of other birds but we don’t know how common this actually is. In an extensive study of blue jay feeding habits, only 1% of jays had evidence of eggs or birds in their stomachs.

Did you know? Blue jays’ love for acorns is credited to be responsible for the spread of oak trees after the last ice age!

Unlike doves and other birds, female and male blue jays are very similar in appearance. Although males tend to be a little bit larger than females, the only way to really tell them apart is through careful observation of courtship and nesting behaviour. A single female, for example, will determine courting behaviour by leading a group of three to ten males. It’s a game of follow-the-leader: if the female begins to fly, the rest will follow. After landing, the males will bob their heads and ruffle their feathers in an attempt to court her.

Blue jays are mysterious little creatures, much of the reasoning behind their migration patterns remain a mystery. While some jays choose to migrate, others stay throughout the winter season. Some migrate south one year, stay north the next, and then migrate south again the following. Researchers have yet to figure out exactly why this happens. And although there’s no logical explanation, we’d like to think they’re just taking a little vacation down South once in a while.

Is Your City a Bird-Friendly City?

It’s our job to stand up, stay updated and aware of what we can do for creatures big and small including the blue jay. Across Canada, people are coming together to make their cities bird friendly.

Nature groups, municipal officials, and other community groups are teaming up with Nature Canada to ensure urban environments are safe havens for birds rather than a source of threats. Visit our Bird-Friendly City campaign to learn more about this initiative! 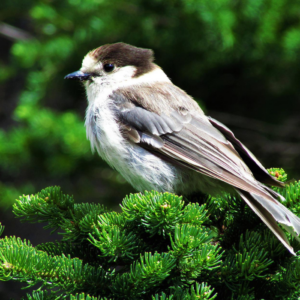 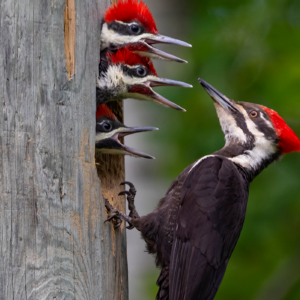