The Northern Gateway: Another unsustainable proposal? 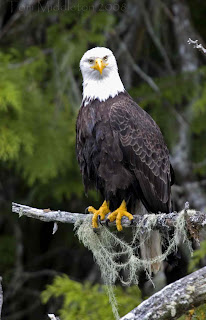 The Great Bear Rainforest; First Nations lands, livelihoods and traditions; grizzlies, wild salmon, orcas and 28 Important Bird Areas; a tanker moratorium; Climate Change… these are just but a few of the many reasons a proposed pipeline to Kitmitat, BC for exporting tar sands oil should be of great concern to all Canadians.

The project should have been reviewed through a public inquiry, but the government has instead established a Joint Review Panel under the Canadian Environmental Assessment Act. Nature Canada recently joined 18 environmental groups in urging the government to undertake a much more comprehensive environmental assessment than is currently planned of the proposed Enbridge Northern Gateway Pipeline Project.

Enbridge’s Gateway Pipeline Inc. proposes to construct and operate pipelines, 1,170 km in length, between an inland terminal near Edmonton, Alberta and a marine terminal near Kitimat, British Columbia. Approximately 500 km of the pipeline will be in Alberta, and 670 km in British Columbia. The project will include an export oil sands product pipeline, an import condensate (a hydrocarbon) pipeline, terminal facilities, integrated marine infrastructure at tidewater to accommodate loading and unloading of oil and condensate tankers, and marine transportation of oil and condensate.

The scope of an environmental assessment is one of the most critical elements determining whether the review can be a meaningful exercise and contribute to sustainability. Does purporting to assess the environmental impact of this proposed pipeline without reviewing the impact of tanker traffic and of the increased oil sands production make any sense? To me, it’s like calculating the harm done by a gunshot by considering the trajectory of the bullet, but not what it hits or who pulled the trigger.

A recent Supreme Court decision states that authorities conducting environmental assessments can’t scope the review to avoid addressing a project’s full environmental impacts. So there is perhaps some hope that Minister Prentice will decide the review of the Enbridge Pipeline will be a meaningful one.

The Joint Review Panel for the Mackenzie Gas Project put sustainability at the center of its assessment, released on December 30, 2009. While I have some reservations about their conclusions, their approach to sustainability should become best practice for all environmental assessments of major projects. It should be applied in reviewing the Northern Gateway project. Many don’t want the pipeline at all. Stay tuned…

An unexpected bird near Wemindji

Since 2012, Nature Canada has worked in close collaboration with the Cree Nation Government (CNG), the Cree Trappers...

Giant Pacific Octopus: A Large Piece of the Octo-Pi

The Giant Pacific Octopus is very much a unique animal, especially when considered in the context of the...