[two_third]Trevor Herriot is a Regina writer and naturalist. He is currently working on a new book based on a three-day walk on a prairie road. His blog Grass Notes is at trevorherriot.blogspot.com. We recently asked Trevor what he felt should be done to stem the destruction of grasslands habitat in North America.

First,we need support for three groups that can help to engage the public imagination and moral senses:

A. Ranchers living and working on native grassland. Ranching families have for several generations now been an important and sustainable link between native grassland ecology and human economy. Many ranchers have demonstrated a sensitive stewarding hand in their use of the rangeland they graze.

This stewardship has fostered amongst ranchers a body of traditional knowledge that is valuable and must be recognized and employed in supporting ecologically-sound land use practices. Because the ecological fruits of good stewardship benefit the wider community, we need to encourage producer-consumer relationships and government policies that honour and provide incentives to sustain existing ranchers while helping attract new ones to the way of life.

B. Aboriginal peoples in the grassland biome. The effective annihilation of a set of ecologies that once stretched across much of the continent is a cultural question and a human justice issue as well as an environmental one. From the Peace River Valley in Alberta to the Chihuahuan desert, indigenous people have long held relationships with grassland and grassland creatures.

We need our institutions to help them get the resources they need to unite as grassland peoples–the descendants of buffalo hunters–and begin to speak with one voice in defense of our endangered grassland world. Especially on the international level, leadership from culturally-grounded Aboriginal people who want to help stop the degradation of grassland will help to ignite interest from the wider public, just as it did with testimony from rainforest peoples.

Just as rainforest people need rainforest and Pacific Northwest peoples need healthy coastal ecologies to sustain and develop their way of being human, grassland peoples need grassland to continue the thread of their unfolding cultures in the modern world. Lakota and Blackfeet people as well as others in the US have already begun small restoration and species introduction projects. Here is a quote from the Northern Plains Conservation Network website:

C. Artists (including musicians, dancers, poets, writers and visual artists) who can interpret the cultural value of grasslands for the public, opening hearts and minds to understand the risks if we do not preserve, nurture and restore our grassland places.

We need to employ both famous artists, writers, performers, and local community-based artists to use their creative energies and profile to awaken the wider community to the plight and value of grassland.

Second, we need to use all national and international resources at our disposal to persuade North American governments to put a moratorium on any further destruction of native grassland.

This means stronger limits on oil and gas development and other industrial use of grasslands and halting the privatization of grassland under government title. The IUCN and other international conservation bodies may not even be aware that Canada for example is selling off nearly two million acres of grassland (i.e. the former PFRA pastures under federal management) that had been listed by the IUCN as conservation lands. Keeping the largest and best fragments of grassland in the public trust is still one of the best ways to protect it in perpetuity.
Third, we need to apply institutional support to research and develop market instruments that will foster and encourage livestock producers in the three nations to follow grassland-friendly practices–from riparian area protection to the use of grazing regimes and fire to improve the quality of grassland to the avoidance of feedlot grain-finishing for beef, which increases the carbon footprint of beef and exacerbates market pressure to cultivate grassland and plant grains.

Fourth, we need to access some funds to accelerate the work on measuring and demonstrating the carbon sequestration benefits of well-managed native grassland so that carbon credits can be used to foster best practices among ranchers.
Fifth, we need to support more large scale grassland restoration projects outside the tallgrass prairie zone where almost all of the restoration work has been done to date. In the mixed-grass and short-grass regions, where millions of acres of marginal land has been converted to cropping agriculture, there are many opportunities to begin the re-establishment of native grasses and forbs, but it has to be done properly and with the co-operation of ecologists who can help monitor for any habitat sink effects and respond appropriately.
Sixth, we need two major cross-border grassland reserves to help capture imaginations and demonstrate the power of international co-operation in renewing our engagement with grassland on this continent. Across the 49th parallel it would make sense to establish a reserve that would conserve key areas already identified by the Northern Plains Conservation Network. There would be similar opportunities on the US/Mexico border no doubt. 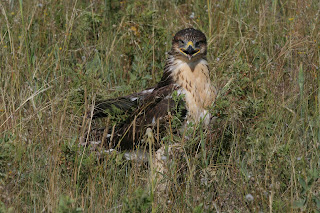 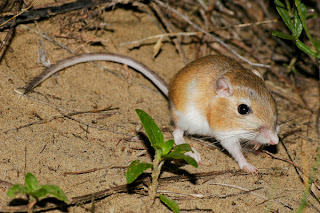 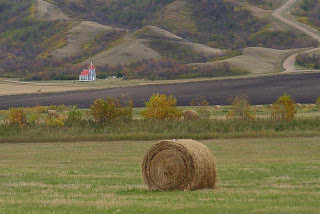 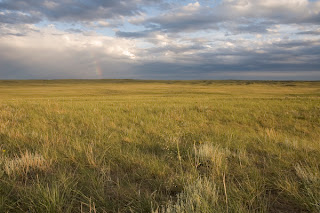 Grasslands are the most endangered, the most altered and yet the least protected ecosystem on the planet. Unfortunately,...