October 29, 2015 (OTTAWA, ON, and REGINA, SK) —The new federal government should announce an immediate pause in transfers of grasslands formerly managed by the Prairie Farm Rehabilitation Administration (PFRA) until a plan is in place to protect their ecological values say Nature Canada, Nature Saskatchewan and Alberta Wilderness Association.

“We simply cannot afford to lose more grasslands — the most imperilled ecosystem in Canada” says Stephen Hazell, Nature Canada’s Director of Conservation. “Saskatchewan grasslands are critical habitat for threatened species such as Greater Sage Grouse, Burrowing Owl, Swift Fox and Ferruginous Hawk as well as providing a carbon sink for greenhouse gas emissions. Transfers of management responsibility of PFRA community pastures to the Saskatchewan government should be halted until Canada and Saskatchewan agree on a legally binding plan to protect the ecological values of these grasslands”.

“Given its election commitment to National Wildlife Areas, the new government should move forward quickly on public consultations towards establishing a National Wildlife Area for the 28,000 hectare Govenlock community pasture to protect wildlife and the carbon sink while providing for ongoing cattle ranching” says Jordan Ignatiuk, Nature Saskatchewan’s executive director. “Financial arrangements need to be put in place to ensure protection of species at risk and the carbon sink in those PFRA grasslands already transferred to the province.  Manitoba has moved in this direction on its 24 PFRA community pastures, now it is time for Saskatchewan and Canada to plan how to protect the ecological values of the 62 PFRA community pastures covering 720,000 hectares in our province”.

“A federal pause on transfers of PFRA community pastures should be part of a larger plan to conserve native grasslands across the prairies” says Cliff Wallis of Alberta Wilderness Association.  “Canada should support a plan for nature conservation on the community pastures that haven’t yet been transferred, as well as conservation actions by ranchers and nature groups on private lands. These plans should be developed in full consultation with all those concerned about these grasslands and recognize current positive stewardship practices”.

About Nature Canada
Nature Canada is the oldest national nature conservation charity in Canada. Over the past 75 years, Nature Canada has helped protect over 63 million acres of parks and wildlife areas in Canada and countless species that depend on this habitat. Today, Nature Canada represents a network of more than 45,000 members and supporters and more than 350 nature organizations across the country, with affiliates in every province. Nature Canada focuses on effecting change on issues of national significance including bird conservation,  citizen science initiatives, urban nature initiatives, building a national network of conservation organizations, building a network of volunteers to care for critical natural habitat sites across Canada and being a voice for nature at the federal level. 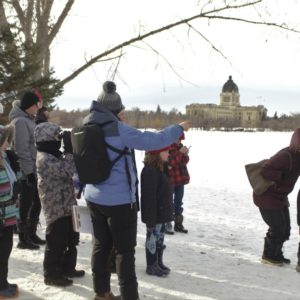 This is a part of an ongoing Nature Canada series, profiling our NatureHood program partners. This time around,... 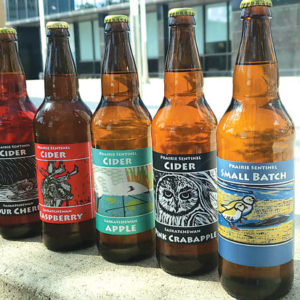 Drinks for Species on the Brink of Extinction

There is currently tremendous interest among consumers to make ethical purchases, to know where products come from and... 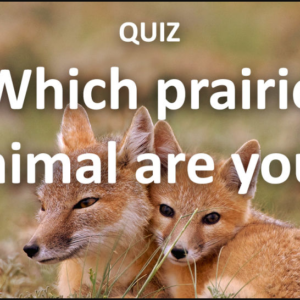