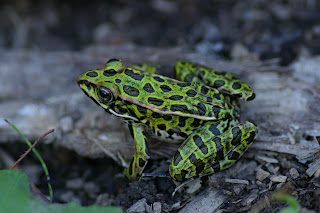 This week marks the tenth anniversary of Canada’s Species at Risk Act. One of the few pieces of environmental legislation left largely unscathed by the federal government’s twin omnibus budget bills, C-38 and C-45, the Act is being reviewed by Environment Minister Peter Kent, and there is widespread concern that it may yet be weakened.

But according to a national Ipsos Reid poll commissioned on behalf of Nature Canada and Ecojustice, nearly all Canadians consider the federal government’s protection of endangered animals and plants to be important, and not just for the species themselves.

Eighty-five per cent of those polled say diverse and abundant populations of wildlife play a crucial role in supporting the country’s economy and health. The majority of Canadians believe the federal government isn’t doing enough to ensure the survival of Canada’s endangered plants and animals and should strengthen and better enforce the country’s species at risk law.

This is heartening news for wildlife, and a message that the Prime Minister should listen to. Canadians clearly value endangered species and recognize how important protecting wildlife is to Canada’s economy and health. They have also clearly stated that they expect the federal government to make better use of laws like the Species at Risk Act to fulfill its responsibility to save these species.

The federal Species at Risk Act, or SARA was proclaimed in June 2003 to address mounting threats to Canada’s endangered species. Coupled with voluntary stewardship by cistizens, landowners and industry, and provincial/territorial legislation, SARA is one important way that Canada fulfills its international conservation commitments as laid out in agreements like the United Nations Convention on Biological Diversity.It’s important to understand, though, that wildlife doesn’t recognize provincial borders.

It would be a mistake for the federal government to offload responsibility for protecting and recovering vulnerable species to the provinces, with their patchwork of laws and regulations and tendency toward weak enforcement. Some provinces don’t even have endangered species laws in place.Canadians appear to agree.

The poll showed over half of Canadians believe the federal government has the greatest responsibility for protecting endangered species, as compared to their provincial and territorial counterparts, industry or environmental groups. However, three in five Canadians (62%) feel the federal government is doing too little to ensure the survival of Canada’s species at risk and should strengthen and better enforce the country’s endangered species law.And when it comes to how decisions about species protection should be made, over three in four Canadians said scientific advice is the most important factor.

Ten years in, the issue with SARA is not the Act itself, but with its implementation. As the federal government considers the future of its wildlife protection efforts, Canadians have said loud and clear: maintain a commitment to protect and recover the nation’s at-risk species.

Will 2021 Be a Turnaround Year for Biodiversity? Canada Needs a New Comprehensive Strategy

Canada and the world face a biodiversity crisis as well as a climate emergency. In 2019, the United Nations...

Dracula has been giving bats a bad rep and they are often misunderstood creatures. Did you know only...