This Ain’t No Way to Phase Out Coal

We are happy to provide an update. Minister Wilkinson announced at the end of July that the Vista coal mine expansion will undergo a federal impact assessment. After months of pushback on the project, the assessment will address not only the environmental aspects of the coal expansion project, but will also pay due consideration to Indigenous rights as required by the government’s commitment to the UN Declaration on the Rights of Indigenous Peoples.

Coal is a very dirty fossil fuel with multiple damaging impacts in terms of greenhouse gas emissions, air and water pollution, and harm to nature. The Canadian government has promised to phase out coal-fired power generation by 2030, going so far as to form an alliance with 19 other countries in November 2017 to “power past coal”.

Strange then that Canada’s environment minister has decided not to require an assessment of the climate and biodiversity impacts of several new or expanded coal mines. The first coal mine site is located in aspen/black spruce forest near Jasper National Park in Alberta, the other in the incredibly biodiverse Elk Valley of southeastern British Columbia.  Two other large coal mines are also being proposed by foreign-based companies, one of which may be assessed federally.

In Alberta, Coalspur Mine Operations is proposing a 652-hectare expansion of its Vista thermal coal mine near the town of Hinton, 80 km Northeast of Jasper,  that would potentially triple the mine’s maximum capacity to extract thermal coal for export. When burned, this coal would produce up to 33 million tonnes of carbon emissions.

In December 2019, Jonathan Wilkinson, federal Environment and Climate Change Minister, refused a petition from Ecojustice for a federal impact assessment of the project. The petition was rejected even though the analysis prepared for Minister Wilkinson concluded that the mine expansion may result in adverse effects on nine migratory bird species at risk and is likely to result in adverse effects on fish (including endangered Rainbow Trout and threatened Bull Trout) and fish habitat. Instead of an assessment of the Coalspur Vista mine, Minister Wilkinson announced a so-called strategic assessment of thermal coal, promising terms of reference by early 2020 (not yet released).

Teck Resources is proposing a massive 2500-hectare expansion of a metallurgical coal mine in B.C.’s Elk Valley. This mountain-top removal mine on Castle Mountain would destroy critical habitat for Rocky Mountain Bighorn Sheep, add significantly more selenium and other water pollutants to the Elk River watershed, and lock in decades of high-carbon emissions. Metallurgical coal is used to make steel, but there are alternative processes to manufacture steel that produce much less greenhouse gas pollution.

Bighorn Sheep have already lost critical winter range habitat in Elk Valley to coal mining.  Selenium from mining already pollutes the Elk River with 90 percent of adult cutthroat trout gone from the upper Fording River (a tributary of the Elk).

Beyond these, two more metallurgical coal mines are being proposed in British Columbia: the Michel mine in the Elk Valley, and the Sukunka Mine in the Peace region.  Proposed by Australia-based CoalMont, the Michel Coal Project would include two open-pits and produce between 2.3 and 4 million tonnes of raw coal per year. British/Swiss Glencore is proposing the Sukunka mine, which would produce 3 million tonnes of coal per year for export. The mine would be located in the heart of critical habitat for the endangered Quintette caribou herd in the province’s Peace region. The population of the Quintette herd has dropped from an estimated 173 to 74 animals between 2008 and 2018. The Sukunka mine is subject to a provincial assessment (as a substitute for a federal assessment), while the Michel mine is being assessed federally (unless agreement is reached for a substituted provincial assessment as for Sukunka).

These objectives cannot be achieved by rubberstamping new coal mines across western Canada. Convening review panels under the new Impact Assessment Act to comprehensively assess all of these proposed coal mines would be a start to ensuring that impacts on climate and biodiversity are understood and the potential for mitigation determined before any digging starts. 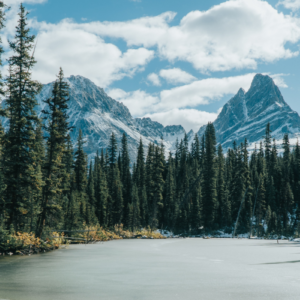 Learn about the Bighorn

This blog is written by guest blogger Valerie Assinewe. Under the bright autumn sky, two powerful males face off,...

The Bighorn Sheep: Majestic and Memorable