Let the NatureBus roll... towards a nature-positive future
Share

By now, you’ve heard the news: the Conference of the Parties to the UN Convention on Biological Diversity—aka NatureCOP—is coming to Montreal this winter. Officials from 195 countries and the European Union will gather on December 7th to discuss global progress on nature protection.

Canada’s government has committed to halt and reverse nature loss by 2030, but so far, there is no plan to achieve this goal. NatureCOP is our opportunity to push for a plan, as world leaders are expected to sign the post-2020 Global Biodiversity Framework, a new global agreement to halt and reverse biodiversity loss over the next decade.

Here’s where you come in: Nature Canada is sending three NatureBuses around the country to collect your messages of support for a plan to restore nature.

The NatureBuses will be making stops from coast to coast, perhaps even coming to a town near you! And they’ll be hard to miss: each will be a splash of colour, portraying a local species at risk—Southern Resident Killer Whale, Chinook Salmon, Woodland Caribou, Bohemian Cuckoo Bumble Bee, Blanding’s Turtle and Loggerhead Shrike.

The stops on the tour will be fun-filled events for everybody, with opportunities to write letters or create artwork about Canadians’ love of nature. On December 6, this cavalcade of art and resolve will arrive in Montreal to deliver the messages to Prime Minister Justin Trudeau at NatureCOP.

Check the schedule below to see the closest Nature Bus stop to you or send a digital message to go on the bus!

You can have an impact by telling Canada’s NatureCOP representatives that you expect real action out of the NatureCOP in Montreal.

Together, we can deliver a big win for nature. 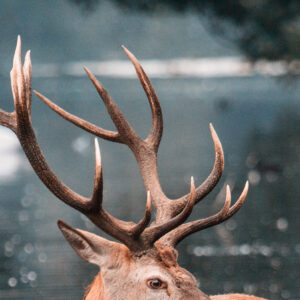