At a time when Albertans’ attention is focused on coming together to flatten the COVID-19 curve, Nature Canada finds itself having to defend the province’s environment and endangered species in court.

On March 4, 2020, the province’s top court agreed to hear submissions from environmental groups and Indigenous communities defending the federal Impact Assessment Act. As one of six interveners supporting the federal legislation, Nature Canada was represented by Anna Johnston of West Coast Environmental Law. The Alberta government is challenging the federal law through a reference case to the Alberta Court of Appeal.

Premier Jason Kenney’s government argues that the federal legislation would block the construction of new pipelines and “kill what’s left” of the province’s oil and gas sector. Alberta takes the view that provinces have exclusive authority to legislate on environmental issues that relate to oil and gas development. This claim is simply not accurate constitutionally.

In reality, protecting the environment and conserving nature is the shared legal responsibility of provincial and federal governments.

Alberta’s constitutional challenge to the federal Impact Assessment Act follows on the heels of another decision by the Alberta Court of Appeal, this one related to the federal carbon pricing law—a proven tool to reduce Canada’s carbon pollution. Nature Canada defended this legislation at a Senate committee in 2018. On February 24, 2020, a majority of the Alberta Court of Appeal decided that the federal law is unconstitutional, contradicting decisions of the courts of appeal in Saskatchewan and Ontario, which decided in favour of the federal law.

The Supreme Court of Canada hearings on the federal appeal of the Alberta court’s decision will now almost certainly be held in conjunction with provincial appeals of the other two cases. That hearing could happen later this year.

Nature Canada’s defence of nature in Alberta doesn’t end there. We are an intervener in a court case initiated by the City of Medicine Hat and an oil company owned by the city. Medicine Hat is challenging the constitutionality of the federal Species at Risk Act, and an emergency order issued by the Canadian Wildlife Service to protect the highly-endangered greater sage-grouse. The greater sage-grouse is now found only in Alberta and Saskatchewan with an estimated population of less than 100 birds in the two provinces. Sean Nixon of Ecojustice is representing Nature Canada in this case.

We need your support to continue defending nature in Alberta’s courts. We will keep you updated on Nature Canada’s continued involvement in these important cases. 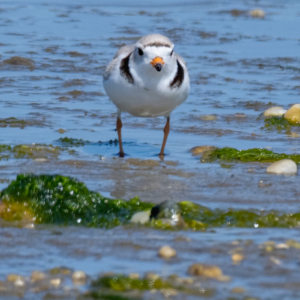