Intervening for Nature at the Supreme Court

In May 2022, an Alberta Court of Appeal majority held that the federal Impact
Assessment Act is unconstitutional. Nature Canada disagrees, and is preparing
to intervene on behalf of nature in the appeal to the Supreme Court of Canada
this March 2023. As Nature Canada—represented by West Coast
Environmental Law—argued before the Alberta court, the Impact Assessment
Act is reasonable, justified and falls squarely within federal jurisdiction.

The appeal has every chance of success in the Supreme Court. This case
matters because it will confirm the extent to which federal authorities can
inform themselves about the potential impacts, risks and benefits of large
development projects that might harm nature, climate or human well-being,
or impact Indigenous rights. In other words a law to “look before you leap”, as
well as a key process for the public to have a say in projects that affect them,
and to seek the free, prior and informed consent of Indigenous people.

The Alberta Court’s opinion perpetuates the myth that this law—formerly
known as Bill C-69—will stop all development in its tracks. In fact, federal
impact assessment has led to the rejection of less than a handful of
development projects over three decades. The claim also ignores the fact that
the Impact Assessment Act applies to roughly a dozen projects a year across
Canada. The notion that the law is an economic chokehold as claimed by the
Alberta Court of Appeal is simply unsupported by facts.

Impact assessment is just smart decision-making. In this age of climate and
biodiversity crises, and of increasing recognition of the need to uphold
Indigenous rights, this law is more important than ever. Nature Canada is
preparing our legal arguments in this fight for nature, and we are confident
the Supreme Court will agree when this case is heard, in just a few weeks time.
Consider making a donation today to help support our efforts to stand up for
strong environmental laws in Canada. 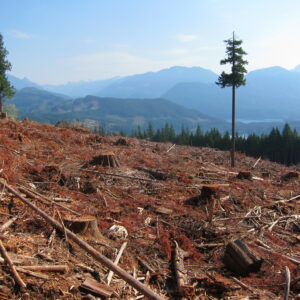