From Toxic By-product to Recycled Material: Mine Waste as a Revenue Stream

[two_third]Tailings ponds are also the safest way to get rid of the unwanted, useless by-product of economic development and prosperity.

Guest blogger José Luis Gutiérrez-García shares his experience of working in the mining industry in the Canadian arctic. He explores an interesting alternative to storing mine waste in natural or man-made containment ponds that has had success in an Arizona mine. Whoever has been to the Arctic can tell you that it is a wild place. Some southerners love it while others want nothing to do with it.

I spent time hiking the tundra and flying over it, admiring it from helicopters and small planes while I was working as a geological technician for a gold mining operation. Mining gold and many other subsurface resources generates a lot of waste rock (called “overburden”) and ore/mineral processing waste. It’s no minor task to figure out where to put all of this waste.

What about under water? In mining terminology, water bodies either constructed or selected from natural deposits to become underwater storage for toxic waste rock are called “ponds,” Tailings Ponds.

Let’s go back to the Arctic for a moment. First, if you have never been to the Arctic, let me tell you, as far as the eye can see, there are countless bodies of water.

Based on my experience, that abundance leads most of  the people with a mining mindset i.e. miners, geologists, engineers, and government officials, to think of water bodies as expendable. From their perspective, there is no reason to bother constructing a man-made tailings pond. Why question taking all the fish out of their native lake and moving them elsewhere so you can  use the lake as a dump for disposing of pulverized waste rock generated from ore processing?

Using a natural water body for tailings disposal is not completely without consequence or oversight. Under the current federal  Metal Mining Effluent Regulations, companies are required to do an assessment of tailings disposal alternatives, in addition to proposing plans for fish habitat compensation. Notwithstanding, there are several detailed studies, some even done by Fisheries and Oceans Canada (DFO) scientists, suggesting that current fish habitat compensation practices are not effective .

The operation at which I worked is so remote in the far north, nobody is going to miss a particular lake. Not even the Inuit Government of Nunavut. You in the south will never even know it ever existed.

Depending on the metal extraction method for a given project, tailings may contain arsenic and other substances, in larger or smaller amounts, that are nevertheless poisonous to humans and animals, as well as harmful to the local environment.

Most mining experts would tell you that tailings ponds are one of the most environmentally friendly methods currently known to the industry to stop toxic, contaminant-laden tailings from becoming airborne or leaching what is called acid rock drainage. And remember, tailings ponds can be man-made or created using natural water bodies.

Tailings ponds created from natural water bodies are the most economical method of waste elimination; even after factoring in the disposal costs for a lifetime program of post-closure monitoring for leaks, effluent quality, leaching, or release of metals from underground workings.

This perspective is what I call ‘mining reality’. It’s how most of the people in the mining industry justify the practices of using lakes as dumps. To them, the people who disagree with metal mining companies converting natural water bodies into ‘impoundment areas’ for toxic mine tailings do not understand chemistry, logistics, economics, extraction methodology, return on investment or job creation. They are out of touch with reality, mining reality.

Not only are they out of touch, but they’re also hypocrites. We all need the gadgets, toys and technology that would not be available if it were not for mining the materials to make the products that work for us; medical equipment, transportation, communication, computers. None of these things would be possible without mining, and metal mining often means tailings ponds – and affordable metals mean more cost-effective mines. In order to prosper and succeed, tailings dumps are inevitable, just like casualties of war.

Who cares about wasting a few lakes when people need jobs? Tailings ponds really do mean jobs; for  northerners, southerners, easterners, westerners and everyone in between working at any metal mine; and in these difficult economic times, who is going to say no to a job? Any job, including long-term lake dump monitoring.

In human reality, we are living in the year 2012, the 21st century, when technological innovation is advancing exponentially and industries the world over are increasingly environmentally conscious in an increasingly ecological market.

So, with all these breakthroughs in technology, what if mine tailings could stop being an economic loss to the mine? What if they could stop contaminating effluent waters and lakes, creating major disposal costs, environmental impacts and corporate image problems? What if, instead, they became a cost effective resource, and a revenue stream?

That wouldn’t make sense. Not in the mining model and mindset of business-as-usual anyway.

So how about from a harmonic, eco-effective, integrated, holistic approach?

Now mining is about blasting and extracting resources in an efficient manner for the most profit. Harmonic, Eco-effective, Integrated, Holistic; those words on their own don’t make sense when talking about mining. Let alone when they are strung altogether.

I think it’s possible. And this is how I can see it happening:

Eco-effective sustainable design in mine planning could incorporate mills, workshops, and offices powered by renewable energy cogeneration and certified as LEED, BREAM or equivalent. Mining camps could operate as eco-lodges and have recycling and upcycling initiatives and facilities.

Upcycling is the practice of taking something that is disposable and transforming it into something of greater use and value . Upcycling is an emerging, small, disaggregated industry that is full of innovation and is growing fast. It is upgrading a waste item to something better that can be used or sold for a profit.

Wait a moment – mining waste could be turned into something valuable? The answer is yes, under the right circumstances. How does that happen? I’ll answer that question in detail in a follow-up post tomorrow, so stay tuned!

Mr. Gutiérrez-García has a Master Certificate in Corporate and Environmental Sustainability from the University of San Francisco. In 2010, José Luis was recognized for successfully identifying cost savings and process improvement opportunities. In 2011, José Luis held the Chair of the Sustainability Committee for a remote gold mining operation in the Canadian Arctic.
Contact José Luis at upcycle.the.gyres@gmail.com 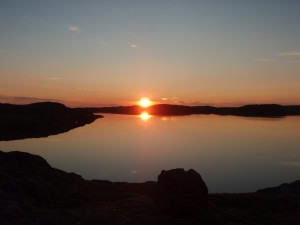 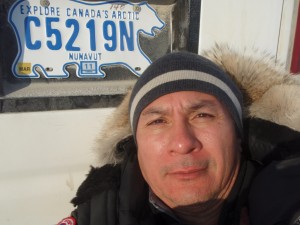 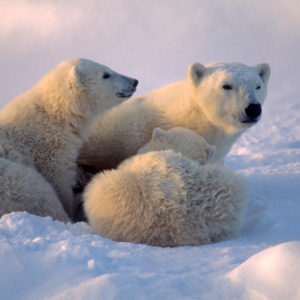 The Polar Bear: Rider of Icebergs

Legendary commercial actor, close friend of Santa Claus, and explorer of the North, the Polar Bear is nothing...

Canadians have made their voices clear: There is no place for oil and gas extraction in the Arctic National Wildlife Refuge

This post was written by guest blogger Rebecca Kennedy. Known as “aarluk” in Inuktitut, the Killer Whale (Orcinus...