Discover the 5 deer species you can find in Canada along with ways to identify each species.
By Valerie Assinewe Guest Blogger
Share

How to Identify Them

Deer (Cervidae) is a family of antlered, hoofed ruminants of the order Artiodactyla (even-toed ungulates) containing 47 species worldwide. An easy way to identify the different deer of Canada is by describing what they look like, where they live and what they eat. I use these to describe the five deer species in Canada: White-tailed deer, Mule deer, Caribou, Moose, and Wapiti.

What do Wapiti look like?
• Light brown with darker necks and legs.
• A distinguishing creamy-coloured rump patch with short tail.
• Stags /males have a dark brown mane on the throat.
• An adult Wapiti stands 1.2-1.5 m at the shoulders.
• Antlers are many-tined and sweep back.

Where can you find Wapiti?
• Found along the Rockies in Alberta, British Columbia and Yukon, and scattered populations in Saskatchewan, Manitoba and Ontario.
• Tend to more open terrain rather than forested areas.

What does Wapiti eat?
• Elk are browsers feeding on grasses, sedges, and forbs in summer and woody growth (cedar, wintergreen, eastern hemlock, sumac, jack pine, red maple, staghorn, and basswood) in the winter months.
• Favorites of the Elk include dandelions, aster, hawkweed, violets, clover, and the occasional mushroom.

This is the same diet as the deer and so where there are Elk there is generally no deer.

What do the Caribou look like?
The Caribou is the only deer species in which both the male and female have antlers. The male’s antlers are large and branch out, whereas the female’s are smaller and straighter.

Where do you find Caribou?
• Barren Ground Caribou: Occur in herds of thousands of animals in the Northwest Territories and Nunavut. They migrate to the shrub-dominated tundra for summer and back to the muskeg and bog habitats of the taiga for winter.
• Peary Caribou: Small herds occur in the polar deserts of the Canadian Arctic Archipelago.
• Woodland Caribou: Small groups live in the mature forests of the boreal and taiga ecozones across northern Canada.

What do Caribou eat?
• Barren Ground Caribou: In winter they eat primarily eat ground and tree lichens and in summer they graze on tundra plants.
• Peary Caribou: Graze on willow, herbs and grasses, twigs and bark, and eat more moss than lichen.
• Woodland Caribou: In summer, they favour grass, sedges, moss, willow, birch and aspen leaves, and small herbaceous plants. In winter, they dig for tree and ground lichens.

• White muzzle and dark brown face.
• In summer, the coat is light brown; whereas in winter, it changes to a sandy-beige colour.
• They have distinguishing white patches of fur along the neck, underbelly, beneath the tail and above the hooves.
• Proportionate to body size, Barren Ground Caribou have the biggest antlers of the Caribou.
• On average, adult males stand ~ 1.1 m tall and weigh 100-140 kg.
• The velvet grows in dark brown.

• In winter, the coat is completely white; while in summer, the top of the coat from head to tail turns a light shade of grey, while the underbelly and legs remain white.
• On average, adult males stand ~ 1 m tall and weigh 60 kg.
• When the antlers first grow in, they are covered in grey velvet.

• The coat is dark grey in winter and dark brown in summer.
• They have patches of white fur on the underbelly, behind, neck and above the hooves.
• On average, adult males stand ~ 1.2 m tall and weigh 150 kg.
• The antlers are thicker and wider than the other Caribou subspecies.

What do Mule deer look like?
• Ears are large in proportion to the head—like those of a mule for which they are named.
• Rump has a large patch of white partly covered by a rope-like tail with a black tip.
• Antler fork/branch out repeatedly but you would only see this in the mature bucks.

Where do you find Mule deer?

What does a White-tailed look like?
• The coat is tan or reddish-brown in the summer and grayish-brown in the winter.
• There are distinguished, with white ring around the eye, white band around the nose, white throat and white belly.
• Ears are small in proportion to the head.
• Tail is large with white underside. When sensing danger the tail is raised/ flagging.
• On average, the adult stands 68-114 cm. An adult male weighs 68-141 kg whereas females weigh 41-96 kg.
• Only the bucks have antlers. They have a main, forward-curving shaft/beam with tines projecting upward.

Where do you find the White-tailed deer?
• Most common and most widely distributed of North America’s large mammals.
• Occurs across southern Canada and as far north as Yukon and the Northwest Territories.

What does the White-tailed deer eat?
• Grazes mostly on green plants and nuts in the summer and in the winter, wood vegetation.

What do the Moose look like?
• Largest member of the deer family and one of the largest land mammals in North America. Adults stand 1.5-2.3 m from hoof to shoulder.
• Bulls are larger than cows: males range from 2.5-3.2 m in total length, females from 2.4-3.1 m, and males weigh from 360-600 kg and females from 270-400 kg.
• Humped appearance is from the muscled shoulder augmented by the low rump, short tail, and very long legs.
• Bell is the dewlap of skin that hangs from the throat.
• Fur is thick, brown to black in colour with individual hairs 15-25 cm long and hollow.
• Head is long with a long, flexible nose and upper lip, and large ears that can rotate to give stereophonic hearing.
• Antlers are wide and elaborate and can measure up to 2 m in total width, from tip to tip. These are the largest antlers carried by any mammal, worldwide.

Where can you find Moose?
• Found in much of world’s boreal forest—every Canadian province and territory except Nunavut—where there is a snow cover in the winter and access to lakes, muskegs and streams in summer.
• They are limited to cool regions because of their large bodies, inability to sweat, and the heat produced by fermentation in their gut.

What does Moose eat?
• Moose is an Algonquin term that means “twig eater.” This is a good generalization of what moose eat in the wild.
• Graze on the leaves, bark, pine cones, twigs and buds of trees and shrubs. They also like to eat aquatic plants like water lilies. 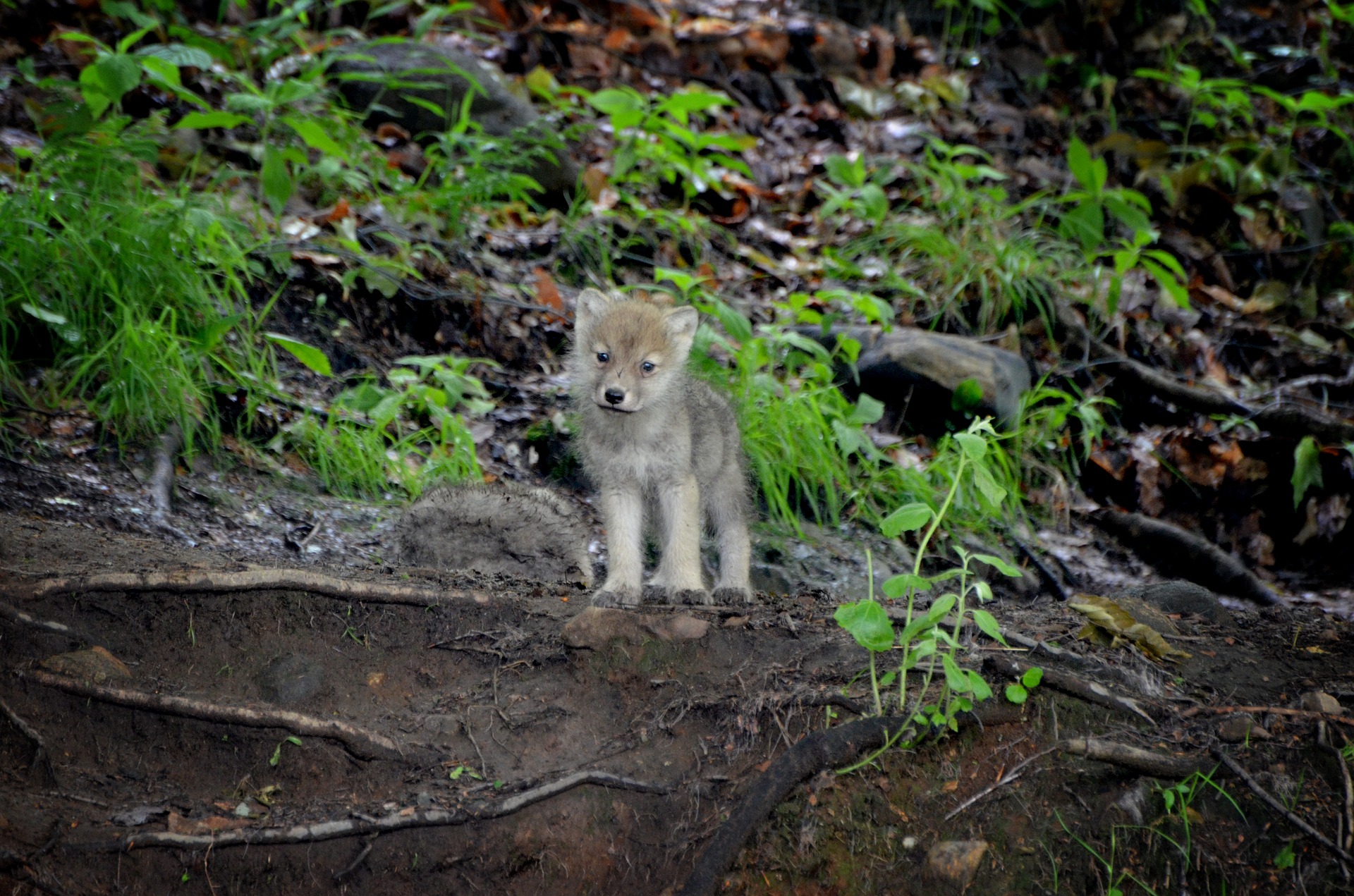 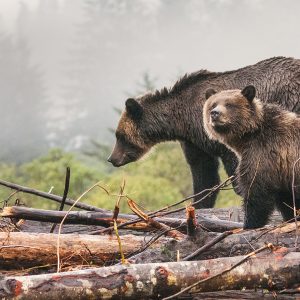