A Key Biodiversity Area covers all visible forms of biodiversity, from mammals to millipedes. With these areas protected, it will contribute significantly to the global persistence of biodiversity.
By Ted Cheskey Naturalist Director
Share

Get ready Canada for a new site-based conservation tool. Nature Canada is thrilled to be part of the leading edge of groups charged with introducing Key Biodiversity Areas (KBA) to Canada.  Building on Important Bird and Biodiversity Areas (IBAs), which are about birds if you weren’t sure, KBA covers all visible forms of biodiversity from mammals to millipedes. Identifying and protecting them will contribute significantly to the global persistence of biodiversity, just as IBA protection is helping birds. KBAs are identified by applying the criteria and thresholds included in the “A Global Standard for the Identification of Key Biodiversity Areas” approved by the Council of the International Union for Conservation of Nature (IUCN) in April 2016. This standard applies to all levels of biodiversity (genetic, species and ecosystems). There are 11 criteria grouped under five categories:

The Standard and its criteria were developed through extensive consultation and build on four decades of experience in identifying sites of biodiversity importance including IBAs identified by BirdLife International, as well as efforts to identify Important Plant Areas, Alliance for Zero Extinction sites, KBAs under previous criteria and related approaches. KBAs are not legally protected areas though. They are much like IBAs in this respect. They do, however, provide a strong biological basis for protection–something that Nature Canada will be mobilizing its partners and supporters to help ensure.

KBAs were introduced to Canada during a workshop led by the IUCN and the Wildlife Conservation Society (WCS) that was associated with the annual meeting of the Canadian Council on Ecological Areas (CCEA) in Quebec this past fall. Emerging from that meeting was a National Coordination Group (NCG) for KBAs and the elements of a plan to introduce and implement a KBA program in Canada. Nature Canada and Bird Studies Canada (BSC), as Canada’s official BirdLife Partners, with over 20 years of developing and implementing IBAs in Canada, are on the National Coordination Group for the Initiative.

One of the first steps in the KBA process will be determining which IBAs satisfy the KBA criteria.   BSC is currently conducting that assessment, but at a crude scale, most of the IBAS in Canada that are “globally significant” (e.g. one percent or more of the global population of a species) will become KBAs. IBAs will not disappear, but some will gain the additional status of KBA.

The federal government is very interested in supporting the KBA initiative, given the strong potential for KBAs to add value to its Pathway to Target One initiative to protect at least 17% of Canada’s lands and inland waters and at least 10% of its marine and coastal territories.

Nature Canada is ready to engage its Nature Network, consisting of provincial and local partners, in the KBA initiative. Local naturalists are one of the best sources of knowledge on species occurrence and abundance. We believe that the naturalist community has tremendous knowledge to contribute to identifying and monitoring potential KBAs. We are also counting on local support to help secure legal protection for these areas. Stay tuned for more on KBAs!

Read More…
Back to Birds 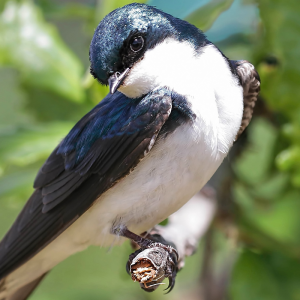 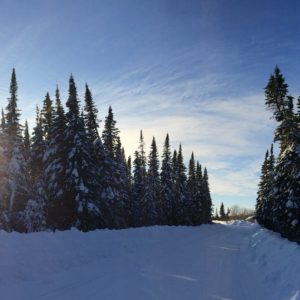 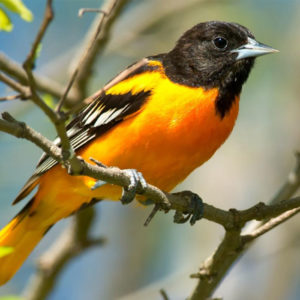