Lyda Salatian picked up the donated muffins for the first Green Teams event at Campbell Valley Regional Park near Vancouver, but feared that nobody would show up. Several years later, thousands of people have driven her fears away by volunteering at hundreds of such events and inspiring the creation of the charity Green Teams of Canada with chapters in the Lower Mainland and Victoria.

“People want to get out in nature, but sometimes need a reason for doing so,” says Lyda. People also want to feel like they are contributing, so Green Teams partners with local parks, nature groups, land conservancies, and non-profit farms to do things like remove invasive species, do beach cleanups, and plant vegetables.

The key for Lyda is putting the volunteer experience at the centre of everything. “We’re unique because we focus on the volunteers. We love that we restore green spaces, but we love it even more that we are instilling an environmental ethic, which we believe will lead to responsible environmental behaviour,” she says. Great effort is invested in making the experience easy and fun for volunteers, including thanking them with personalized photos of them at the event.

Green Teams relies heavily on digital channels for recruitment. From day one it used Meetup.com, an online forum where people with common interests find one another and arrange to get together. Lyda and her team complement that with Facebook, Twitter, Instagram, and its own email list that it has developed over time. Volunteers are also encouraged to bring friends and relatives out to future events.

As a result, Green Teams finds that it taps into the 18 to 45-year old demographic often missing from traditional nature outings that tend to skew older, or else younger with school groups or scouts and guides. As the initiative has matured, about 70 percent of participants at events are still first-timers, and many haven’t done anything like this before. Some repeat participants are given more responsibility during events to help run things.

Data is important to Green Teams. It recently invested in using Salesforce as a database and has participants fill out a brief online form to get a sense of their experience. People sign into events either on Green Team’s tablet, or on their own phones so that there is a record of who showed up. Participants are given a 20-minute training at the start of events along with all the necessary equipment, and off they go.

Despite its great work, Green Teams still finds fundraising a challenge. It has two staff members including Lyda in Vancouver and Amanda in Victoria and finds that there isn’t enough core funding available. As a result, Green Teams seeks partnerships with both public agencies like parks managers and private bodies like land trusts who are seeking greater public engagement on their lands.

For Lyda, it’s all about giving people an opportunity to participate so that they themselves can become changed. “You can plant a tree, or you can plant a seed in a person, and if we plant enough seeds in people we are going to see a big cultural shift,” she says. “We want people to realize they can make change and have an impact.” 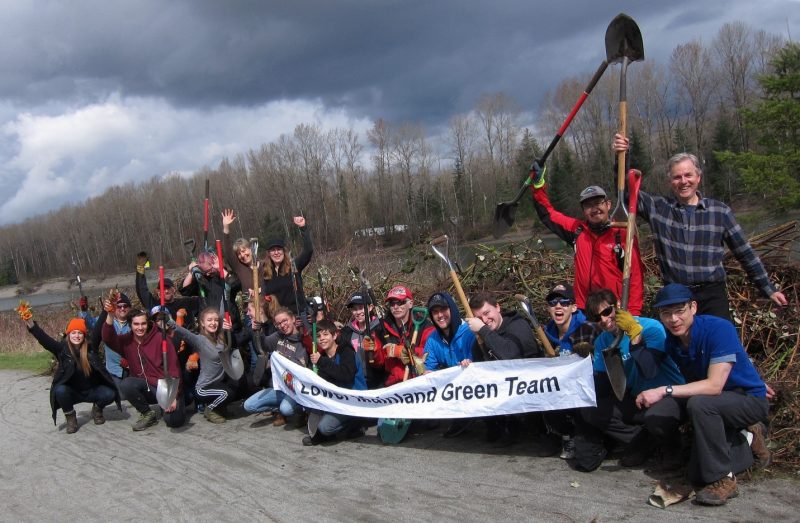