Canada is the only country the Peary Caribou inhabits, and thus it’s Canada’s responsibility to prevent this species’ extinction.
Share

Common name: Peary Caribou
Latin name: Rangifer tarandus pearyi
Status under SARA: This caribou subspecies is currently listed as “Endangered” under SARA. A 2015 COSEWIC assessment recommends that it be down-listed to “Threatened”.
Range: An endemic to the Canadian Arctic Archipelago, found in the northern parts of the Northwest Territories and Nunavut.
Life span: The typical lifespan of this caribou subspecies is at least 15 years.
Size: Males average at 1.7m in length and weigh 110 kg and females weigh an average of 60 kg.
Population estimate: With a remote and scattered habitat among the arctic islands (which are connected by sea ice in the winter months), it proves difficulty to monitor population trends. The estimate of total Peary Caribou is 13,200 mature individuals.

The Canadian Arctic Archipelago is home to a surprising number of animals and the Peary Caribou is one of them! Peary Caribou got their common name from the Arctic explorer Robert Peary who documented his sightings of this mammal during his expeditions to the North Pole. Known as Reindeer in Eurasia, Caribous are subdivided into different populations by their habitat and behavioural differences or ecotypes. Of the 12 recognized subspecies, three of them live on Canadian territory and the Peary Caribou is the smallest.

What sets caribou apart from the rest of the cervidae family is the fact that bothmales and females grow antlers! The antlers on the males are larger than those of the females and they are also coated with grey fur called velvet. Peary Caribou have denser coats than the other caribou subspecies in Canada, which helps them survive the Arctic winter. Their fur is creamy-white in winter and by spring, the coat is short and dark. Their faces are short and blunt and their hooves are quite wide, creating a sort of ‘snowshoe’ that helps them to walk with ease during the winter. There are several distinct populations of Peary Caribou that are dispersed on arctic tundra islands and some portions of the mainland throughout the Arctic Archipelago, including Banks Island, the Queen Elizabeth Islands, Prince of Wales and Somerset Islands, and the Boothia Peninsula. The Arctic Tundra environment is characterized as a polar desert with short, cool summers and long, harsh winters .

The Peary Caribou is not a long-distance migratory caribou like some other subspecies, but they do make seasonal  journeys locally on islands or from island to island to forage for food. In the short burst of arctic vegetation growth, these caribou feed on forbs, grasses, sedges mosses and especially willow. The Peary Caribou don’t rely on lichens as their primary food source, which is another factor that sets them apart from the other subspecies. Instead, they have evolved to have larger stomachs adapted to consume a higher volume of plant matter with lower nutritional content. This can also contribute to their relatively short seasonal migrations compared to their cousins.

Both sexes of Peary Caribou reach maturity between 3 and 4 years of age, with females having the ability to reproduce annually . However, reproduction is highly dependant on the winter’s harshness following the mating period in the early fall. If the female can gain enough weight during the blossoming of the summer months, then she will be able to store enough energy and fats to sustain a pregnancy through the winter.

Canada is the only country the Peary Caribou inhabits, and thus it’s Canada’s responsibility to prevent this species’ extinction. The biggest threat and limiting factor towards the growth and decline of the Peary Caribou population is the annual variability in the severity of winter, which  can cause an entire herd to starve if too many harsh winters occur in a row. The opposite is also true however: a series of mild winters can create poor ice and snow conditions that make movement and foraging more difficult, but may also produce more successful pregnancies that increase the population. Increased numbers place stress on the finite amount of food available, leading to die-offs that reduces numbers and genetic diversity in the surviving herds. Over time the potential for inbreeding between individuals can increase.

Other factors such as predations by wolves, habitat competition for foraging hotspots, sea ice conditions and even hunting can negatively affect the population numbers of the Peary Caribou. Migration from island to island is starting to be affected by human disturbances as herds might avoid optimal foraging locations due to human settlement or industrialization.

As  a SARA-listed species, individuals and industrial operations are required to avoid disturbing or harming the Peary caribou and its protected habitats.

Different Wildlife Management Boards throughout this species’ range are collaborating with the Territorial governments and the Canadian Wildlife Service to effectively manage this subspecies and to undertake research projects to better understand its movements and ecology. Projects include mapping out all foraging hotspots, all suitable breading grounds, improving genetic variations, and implementing a need for limiting hunting quota across all hunting and trapping committees.

What Can You Do?

Aside from doing your part to limit your contributions to climate change, the best way to support this caribou subspecies is to get the word out that they exist and are in need of our support to survive! Sharing links about the Peary Caribou on social media and even getting to know more about Arctic climate changes will all help out our wildlife species.

You can also do your part to assist in reducing your greenhouse gas emission! Look for ways to use less energy with some of our green tips!

Thank you to guest blogger Tina-Louise Rossit for contributing this species spotlight.

Inscrivez-vous
Back to Espèces en danger 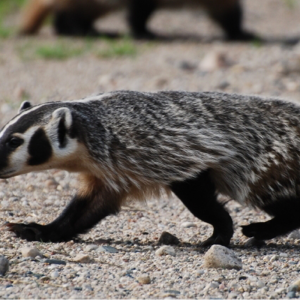 Currently, there are couple threats to the West Virginia White such as forest fragmentation and invasive species, such... 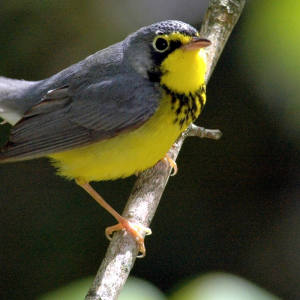