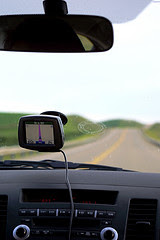 What could be more iconic than a summer road trip? Time for sun, sightseeing and… smog? That’s right – we’re deep into the hazy days of summer, and climate change is still on our minds.

Bill C-311, the only piece of climate change legislation currently under consideration in Canada, may be stalled in the Senate for the rest of the summer. As reported in The Globe and Mail, the Bill has been adjourned in the name of Conservative Senator Richard Neufeld and cannot move forward until he speaks to it.

The Bill was introduced in the House of Commons by NDP MP Bruce Hyer and is being supported in the Senate by Liberal Senator Grant Mitchell.

This Bill has been passed in the House of Commons not once, but twice. It was originally introduced as Bill C-377 by the NDP in 2008; the Bill died when an election was called in the Fall of 2008. In its most recent form, Bill C-311 passed third reading in the House by a majority of MPs representing almost 2/3 of the Canadian population.

In addition to the legislative delays that Bill C-311 has faced, another challenge is looming after the National Post reported that the Canadian Chamber of Commerce is calling on its members to lobby the Senate to kill the Bill. Their argument: requiring a reduction in greenhouse gas emissions that contribute to climate change is a threat to Canada’s economic competitiveness.

Supporters of the Bill point out that there are many lucrative opportunities in a new green economy that can only be achieved if we take action now to reduce our greenhouse gas emissions. The Bill also contains provisions to modify the ambitious targets of a 25% reduction below 1990 levels by 2020 and an 80% reduction by 2050.

Concerned Canadians have constantly raised their voices demanding strong action from our government on climate change. We recognize that if we continue down the road we’re on, it’s leading to a dead end.

Nature Canada hopes the Senate will pass the bill and allow Canada to start catching up!

Eight decades of advocacy and education, of protecting parks and species at risk. For over 80 years, members...